One of Preston’s best known characters in the twentieth century was Dick Middleditch. He lived in the village with his wife Ethel until his death in 1981. This is the story of Dick’s life in Preston

Dick was born Philip Dick Middleditch in July 1896 at Barningham, West Suffolk. He was the son of John (a farmer and carrier) and Elizabeth Middleditch. Before he was four years old, Dick began to attend school - he left before he was thirteen to train as a game keeper.

When he was eighteen, Dick served with the Royal Artillery in Salonika, Greece during the First World War.

After being demobbed, Dick married Ethel Margaret Meadows in the late autumn of 1924 in the Thetford Registration District, Norfolk. They settled at Loddon, Norfolk where the first two of their six children were born. 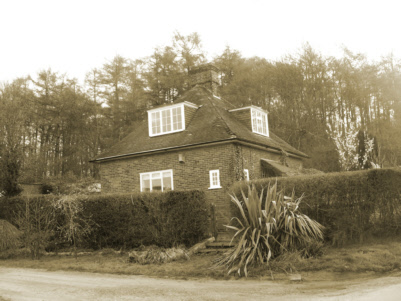 In 1929, Dick and his young family moved to ‘Keepers Cottage’, Dead Woman’s Lane, Preston (right). Dick was employed until his retirement as a gamekeeper on the Kings Walden Estate.

Their daughter, Ann, remembers spending ‘many hours with Dad as a child in the rearing woods while living at The Keepers Lodge. I

used to help feed the baby pheasants when

‘It was a beautiful time for me and Dad was the best at what he did. I sometimes picked out the labrador from a litter reared at the Head Game Keepers home, in Kings Walden, which he trained to find and pick up fallen game after

Dick and Ethel had another four children and moved to Bunyan’s Cottage (right) in Wain Wood.

Ann recalls that she and her sister ‘Betty

shared the bedroom that was reputed to be

John Bunyan’s bedroom where he did a lot of

his writing at a table in the window looking over the path to Preston Hill.

‘The inglenook fireplace had a modern insert which in the later years was removed to reveal the original fireplace.

‘I remember Dad clearing the Dell for groups of Bunyan followers so that they could hold meetings there right up to the late 1960s.’ 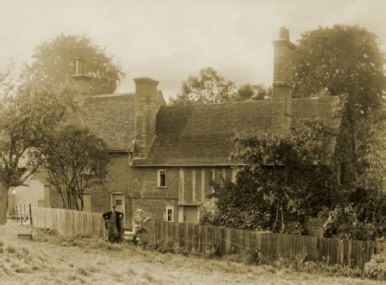 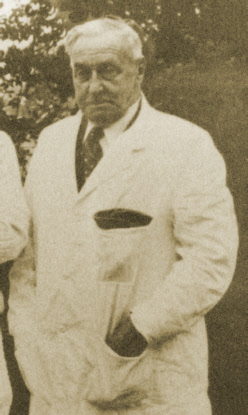 Dick played cricket for Kings Walden but will probably be best remembered for his involvement with Preston Cricket Club, for which he stood as umpire for 47 years from 1929 - 1976, missing very few matches except during the war years, when he served as a Corporal in the Home Guard. He was a Life Member and a Committee Member of the club and also prepared the pitches as the groundsman. It was a short climb for Dick through the woods from his home at Bunyan’s Cottage to the Recreation Ground.

A cricketer commented, ‘His service to the club was absolutely unbelievable. He was always at his best on a cricket field and in the Red Lion afterwards’. 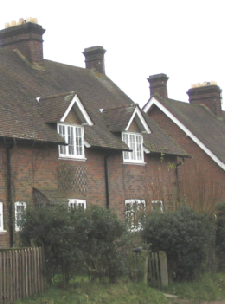 As already mentioned, Dick worked on the Kings Walden Estate where he enjoyed a good relationship with Colonel Harrison. ‘Sometimes he was asked to load (guns) for his boss Col. Jack Harrison. They were friends as well as boss and game keeper. ‘

As a boy, I recall seeing a line of dead animals that were strung across a glade of Wain Wood which Dad explained had been left by Dick.

After his retirement, Dick and Ethel moved to 5 Holly Cottages at Back Lane, Preston (right).  The homes had been built as tithe cottages for retired workers of long standing on the Kings Walden Estate.

As well as his game-keeping duties, Dick was also a Special Constable for 41 years.

‘He enjoyed a pint at the Red Lion, a game of dominoes and darts with the lads from the village’. 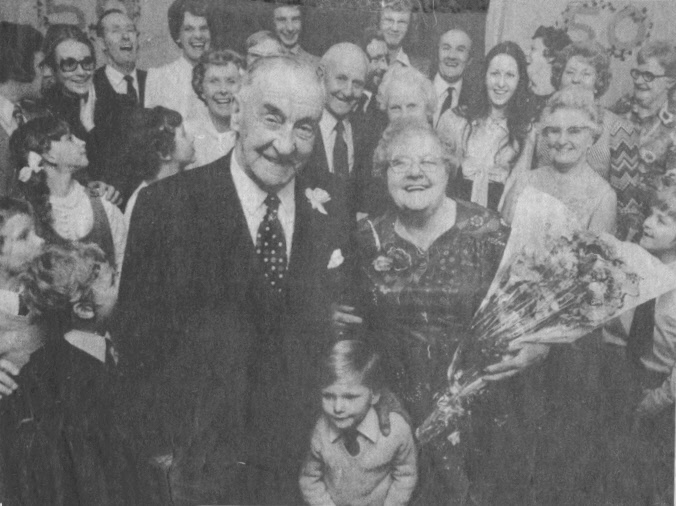 Dick died on 4 January 1981 after being ill with cancer for some months. His coffin was driven around his game keeping route on Sir Thomas Pilkington’s estate before the funeral. A family wreath shaped like a cricket bat adorned the coffin and his ashes were sprinkled across the cricket ground. A clock was erected in his memory at the ground.

Ethel continued to live at Holly Cottages until she moved to Mimsden Nursing Home at Hitchin where she died in 1994.