Sir Edwin Lutyens has been lauded on this web site for the homes around Preston that he designed.

From 1946, two generations of the Waller family left a building legacy  in the village

which is arguably greater than that of Lutyens’.

This is their story.

A view along Butchers Lane, Preston of some of the houses built by B G Waller Ltd. 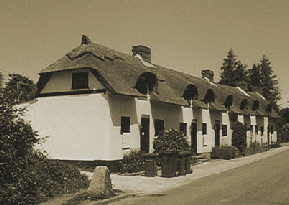 Bertram George Waller, or ‘Bert’ as he was known, was born in the village of Ickleford, near Hitchin, in the late autumn of 1907 (writes Penny Causer).

His family descended from the Wallers who built homes around Hitchin, beginning with the Hornbeam Cottages at Wymondley (right), which were built in around 1818 and sold for £40 each. Indeed, the building of houses was ingrained in the Waller family personna as their surname means, ‘one who built walls around large estates’.

In March 1939, the family moved into ‘Greenfields’, a bungalow at Back Lane, Preston which Bert built. (Bert’s son, Dennis, later moved there and remodelled his home in 1975, as shown right. His family moved from ‘Greenfields’ in 1980)

On 27 March 1939, the children, Joan and Dennis, began attending Preston School. As Joan had previously been attending Langley School, it is probable that the family had been living in the area.

The children left Preston School in 1941. They also attended the British School, the Wilshire Dacre School and the Bessemer School in Hitchin. 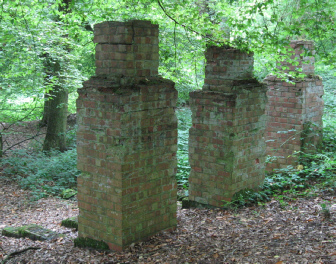 Soon after the war, Bert began his own construction business in 1946 as B G Waller Ltd. He built the houses along Butcher’s Lane, together with some at Church Lane and Back Lane. His company also worked on other houses in the village and Princess Helena College. 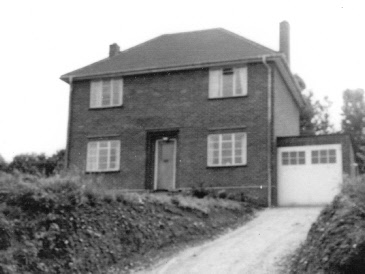 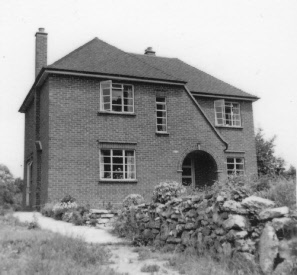 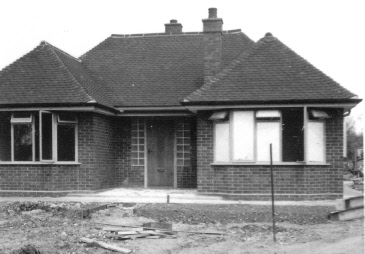 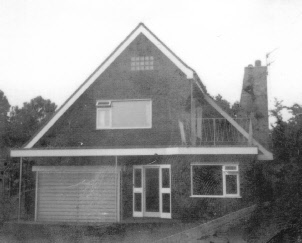 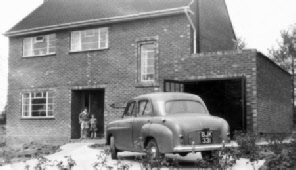 bottom l to r, Trebarweth and Little Manor, Back Lane. 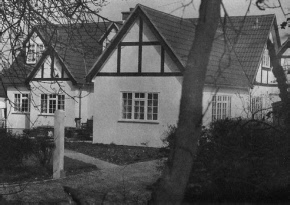 During World War Two, Bert worked at Hatfield and Henlow airfields and also for a local builder in Hitchin. They built  huts in Hitch Wood, which housed some of the soldiers preparing for the D-Day landings.  The remains of the brick ovens can still be seen (below). 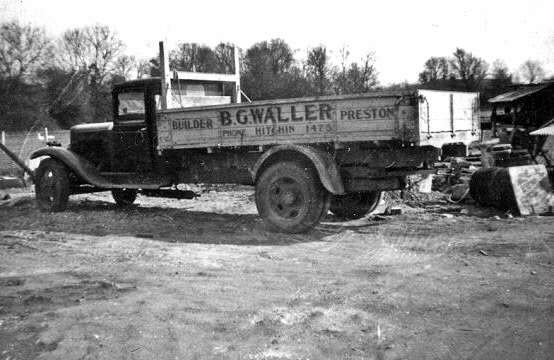 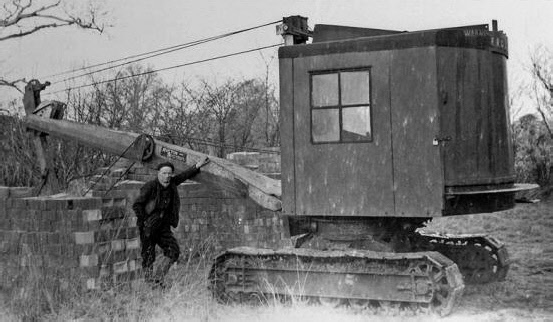 In 1952 Bert was diagnosed with heart problems and was given just twelve months to live.  He handed over the running of the business to Dennis and retired to Jaywick, near Clacton in Essex, as his doctors said he would benefit from the ‘sea air’. The couple moved back to Preston in the early 1970's and lived in Trebarwith, Back Lane - the bungalow where Penny Waller was born. They lived there until about 1980 when they moved to a house in Hitchin. Bert died in 1996 - he was 89 years old! 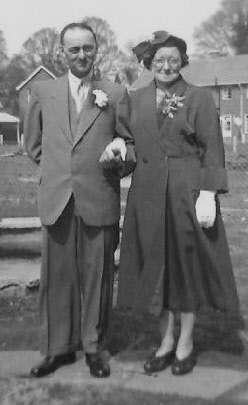 On 11 April 1955, Dennis, now aged twenty-two, a carpenter and living at Newlands Lane, Hitchin, married Margaret Lilian Harper. She was the daughter of the head gamekeeper at Wain Wood and licensee of The Chequers at Preston, Frank Harper and his wife, Margaret. Dennis and Margaret had two children, Peter and Penny Waller. 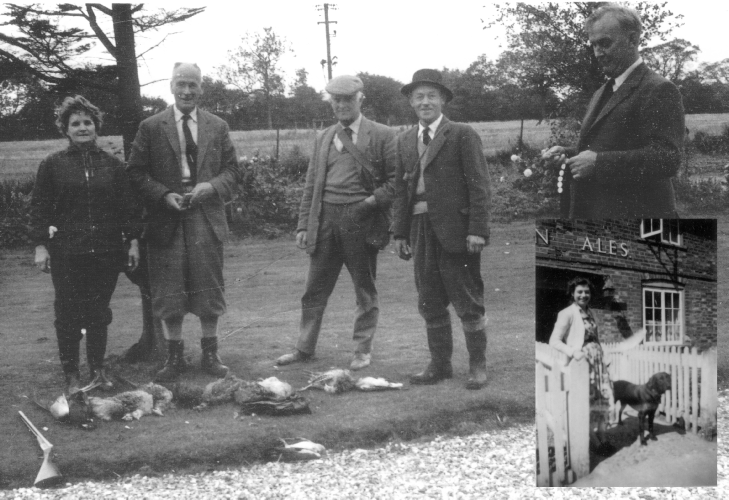 Poynders End, October 1963. Frank Harper is second from the right. Inset: Margaret Harper at The Chequers 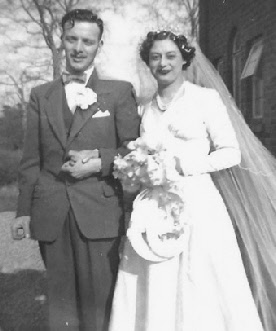 Dennis and Margaret on their wedding day

Dennis (right and below, left) continued to run the business and eventually bought the firm from his father, continuing to trade as B G Waller Ltd.  His son, Peter, joined the firm in 1974.  Peter began by working in all the areas of building work and then worked in the office, with Frank Pugh.

The business closed at the end of May, 1981. There was a news report that a 170-year-old tradition of Waller’s building homes in the area was to end.  The firm had employed fifty men, but these had been reduced to twelve – of whom nine had found alternative employment.

Dennis said, ‘We’re looking for an easier life - I’ve always fancied going into the holiday business. I’ve been building for thirty-six years and I wanted a change before I died. Once I’m dead and gone, I won’t have another chance. I’ve been in the area all my life - my parents before me and my grandparents before them. It’ll be like having my right arm chopped off’.

He calculated that he had worked on nearly every home in Preston over the years and a great many in Hitchin and the surrounding area including the Queen Mother’s home at St Pauls Walden. Dennis added, ‘The biggest satisfaction we’ve had is having a good crowd of working men around us’. Dennis didn’t want to sell the business as a ‘going concern’ because they had built up a good reputation, so ‘everything was auctioned’.

Dennis, Margaret and Peter moved to Dorset and then onto Norfolk where they ran holiday parks.

Both Dennis and Bert owned blocks of flats in Jaywick during the 1960's, which they let out for the holiday season. As a child, I remember going there to open them for letting - sometimes the ground floor flats would have been flooded with sea water during the winter storms - helping to sweep all the sand out. Also, I had to put a shilling in the meter for the electricity supply. 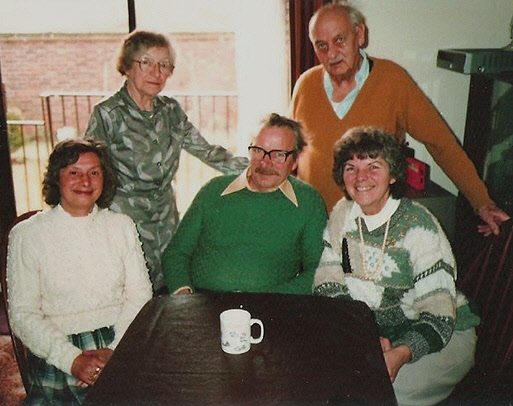 Standing are Phyllis and Bert. Seated l to r: Margaret, Dennis and Joan (1988) 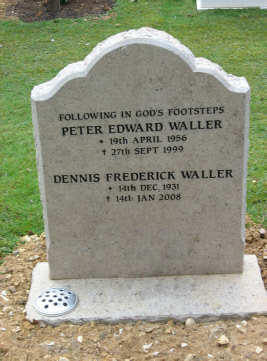