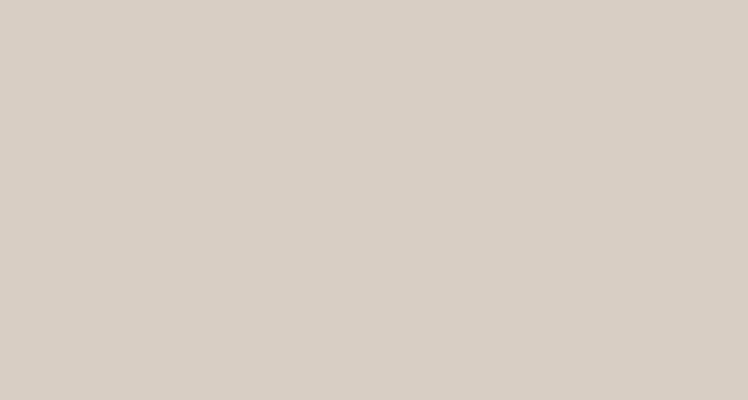 Both sons owned property at Chequers Cottages - the homes that were like bookends of the row: No 1, Thomas George and No 6 (far right, below), Henry James. 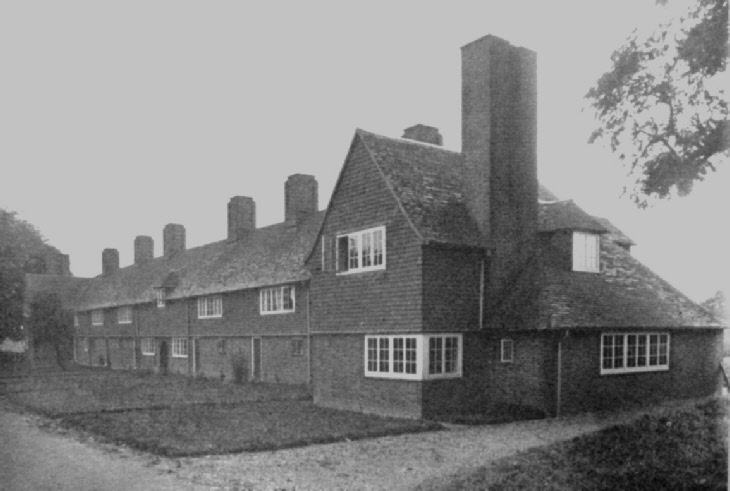 There is evidence that Thomas George owned No 1 from 1918 and appears to have rented out the cottage. Then, in February 1946, Thomas (who was living at Crossways, Hitchin Hill, Hitchin) sold the property to William Wheeler of The Garage, Kings Walden for £500. Its tenant was probably Preston’s policeman at the time and his family - in 1950, the home was occupied by PC Dent. One provision of the sale was that the right of way to No 4 Chequers Cottages via a drive beside No 1 and across the yards at the rear of Nos 1 - 3 was preserved. This allowed horses, other animals, carts and cars to pass from Chequers Lane to 4 Chequers Cottages.

Henry James (Jack) Armstrong with his wife, Gertrude Kate Wilkins (born in 1880 at Tottenham, East London, the daughter of a commercial traveller in tea) bought 6 Chequers Cottages for £300 using money inherited from his father. After their marriage in 1918, the couple lived there for the rest of their lives. Henry (Jack) died in January 1962, aged 78; Gertrude, in June 1964, aged 83. Both were buried at St Martin, Preston. 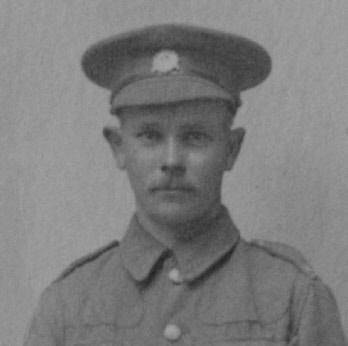 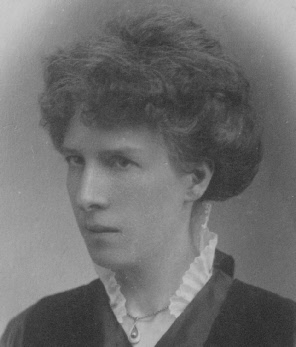 Henry (Jack) and Gertrude (pictured above) had one daughter, Eileen Gertrude Newell, who was born on 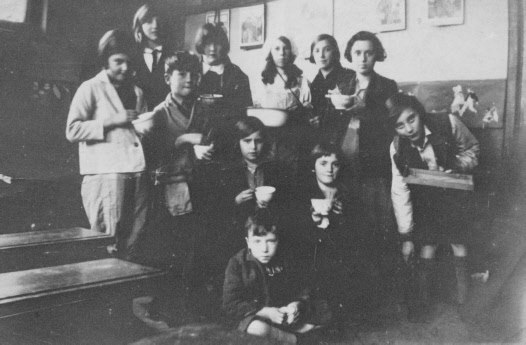 Above, left: Eileen in around 1921 and right in the Preston Schoolroom, third from right, standing 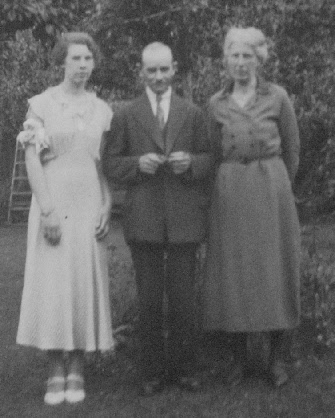 Above: Eileen with her parents - Jack and Gertrude Armstrong

Leonard Thomas Newell was born on 12 February 1911 at the village of Ombersham, near Midhurst, Sussex. He was the only child of Leonard Christopher (a carter on a farm) and Lily Blanche (nee Rye) Newell.

On 31 August 1915, Leonard snr enlisted as a private in the Royal Sussex Regiment, Ninth Battalion during World War One . He died of his wounds on 11 October 1918, one month before hostilities ceased. His mother, Lily, married George Frederick Linton in the Droxford area of Hampshire in 1925. They are pictured below. 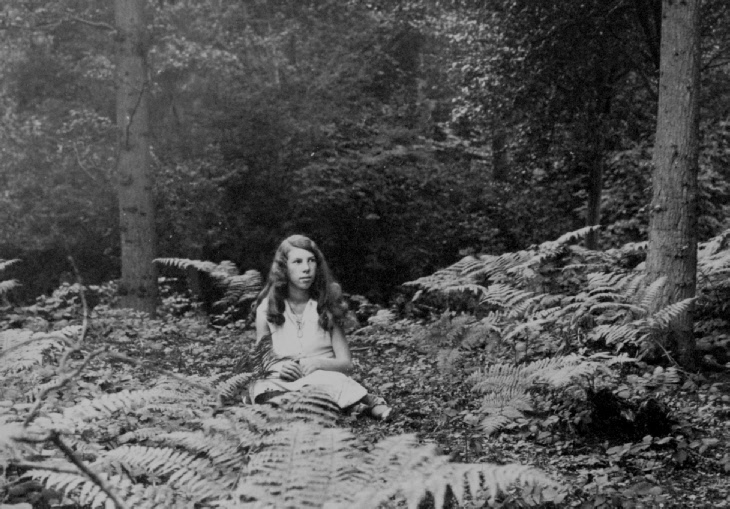 A charming study of Eileen in Wain Wood 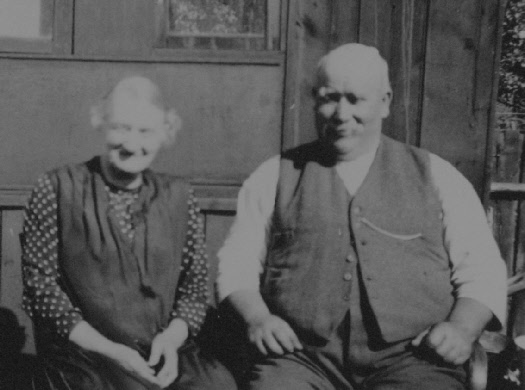 Following the death of Leonard snr, Lily evidently found it hard to care for a young son and Leonard jnr was brought up in a National Children’s Home and Orphanage.

When he was sixteen, along with 86 other boys aged between 14 and 16 from the Orphanage and Dr Barnado’s Homes, Leonard boarded Montrose at Liverpool on 18 March 1927. Their destination was St John, Canada. (Lily and George Linton were living at Cams Lane, Hambledon, Hants. at the time)

Between 1833 and 1939, 118,000 children were sent to Canada as part of the Child Immigration Scheme for families that had fallen on hard times. The boys worked as indentured farm labourers, but many were vulnerable to exploitation and abuse.

Leonard worked at Windsor, Canada (south-east of Detroit) for around six years, after which he returned to Britain and worked as a farm labourer for Colonel J Harrison, first at Melton Mowbury, Leics and then on the Kings Walden Estate. 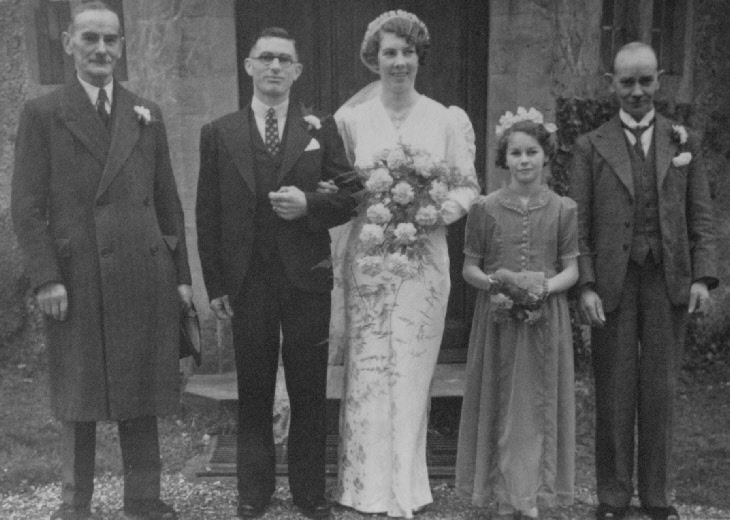 Like many couples of the day, Lenny and Eileen lived with their in-laws - in this case, Eileen’s parents at

Lenny and Eileen had four children: 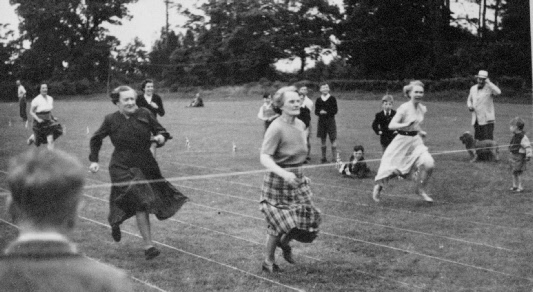 During the Sports Day to celebrate the Coronation on 2 June 1953, Eileen showed a turn of speed (far right)

Lenny continued to work as a farm labourer at various farms in the village - Ladygrove Farm; Preston Hill Farm and Castle Farm. He then worked at in Hitchin at Bancroft Radio, Cosy Cafe and Taxis and Munts Toy Shop.

A stint with BG Wallers, builders at Preston, was next, followed by work at Stevenage’s Water Pollution Station.

Then, until his retirement, Lenny worked at the Highways Department Yard off the Hitchin Road at Preston.

Eileen concentrated on caring for her family, her home and her two aging parents. 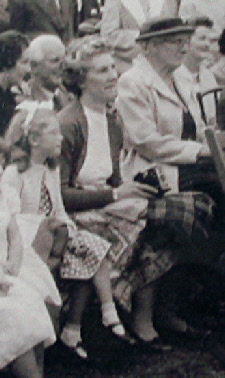 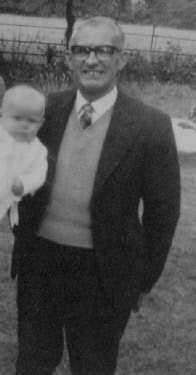 Lenny died in early 1982. Soon afterwards, Eileen moved to Passingham Avenue, Hitchin and then was cared for at Woodlands View Home at Stevenage, where she died in 2010.

As Lenny and Eileen lived next door to my family, I have a clear memory of the Newells. My impression of Lenny was that he was a quiet, rather withdrawn man and that Eileen was a bubbly, effervescent woman who loved life. Their son, Chris agreed, adding that his mother was ‘lively’. She enjoyed dancing and played tennis at Preston’s Recreation Ground. Lenny and Eileen rode a tandem before they married.

Like most villagers, they tended their garden and rarely bought vegetables. They were stored near the cool water tank that was at the rear of the Chequers Cottages gardens. Eileen would often walk to Hitchin with a pram to shop for the family.

Earlier in this article, the right of way at the rear of Chequers Cottages was mentioned. In the 1960s, the yards of Nos 5 and 6 were divided by a high fence - though in the middle there were gates. This was to allow my Aunt Flossie to drive her car from Chequers Lane, through Elm Cottage’s yard onto her property at No 5. This arrangement was probably inconvenient for everyone - but I never saw her do this.

Although the Newells have left Preston, Chris Newell still plays cricket for one of the village teams (belying his seventy-plus years!) and on weekends can often be found in The Red Lion.

I am grateful to Chris Newell for his comments, help and photographs.