Preston circa 1970 as seen through the eyes of a boy

Samuel Michael MD Soto was born in January 1964, and fostered at Preston by Alec and Joy Bond.

Sam attended Preston School from January 1969 until 1972, when he moved to Bedfordshire. He was serving as a sergeant in the American Air Force when he sent the following e-mails....

Thank you for this wonderful site. I have learnt a lot from it about 'My Village' and reading it makes me a little homesick even though I have left Preston over forty some years ago - but my heart always belongs there.

I was talking to some US Air force Airmen. They mentioned how tough they have it in today’s society. It was

then I told them, ‘Think about being the ONLY Mexican-Spanish kid in a school!!!’ I believe I was the only one in Preston, even though the Bond Family had black foster child who also went to the School.

When I was young, I looked like a typical black Irish/Scot.  I went through many hair colour changes over the years but while at Preston, I had regular brown hair (I don't remember School photo's back in the day, but it

The thing I liked about Preston School was the lack of prejudice - I only saw it when I went to Bedford.

I have fond memories of the friends I made there and also a villager I knew in Bedford. Even though we went

to schools together, we were never firm friends but we shared crucial moments in our lives - his Mum's

funeral and the death of the priest that baptised us both. His name was John Palmer.

My dear childhood friends were Ian & Robert Currell, ‘the Twins’. From what I gather from the Harveys, Ian

joined the Army and lives in Colchester and Robert became a farmer. When children, it was a dream of ours

to be farmers. Michael Harvey was also a good friend and from what I understand, his family bought the

village shop and changed it into a house.

I also had a childhood sweetheart, Tracey Sharp. She was the first girl I kissed and that made me very

popular. I didn’t know then how important they were to the village and finding out now has given me more

pride in the village where I was from. I hope to go back when I get out of the Military some time next year

and, one day, to show the village to my future wife and maybe stay at the Red Lion for a few days.

I went back last year and even though there had been some little changes, Preston still had its look from

more than forty years ago. I hope one day to have some of my remains buried there, as it is the place I

I got there. I am not sure if you have contacts with the names I have mentioned, but if on the off chance

you do, it is nice to know they have never been forgotten by me.

Thanks for this site.

As for memories they were all good. I am too old too remember that far back but I do have flashbacks and was shocked the old school/youth club was closed then pulled down; Bunyan’s chapel being converted into a business office and then, last year the Harvey's converting the only shop we had back into a house.

When I was young I was a bit of a bully/thug - yep, a 5-year-old, but I put it down being in a large foster family I guess. All I can say is that being in the village was a good growing place for a child - the woods, the tight community and all-round beauty of Preston.

I  remember the paraffin man coming around, selling paraffin and candy from the truck; the mobile butcher who also played cricket with the local team and the day he got a nice shiner from getting hit in the face with a ball. II also remember this old lady who used to teach Sunday School at the Chapel - she always wore a her best dress and a hat that looked like a silver pork pie.

On Chequers (Lane?) there was a special needs adult. The coolest people were some teens who lived

behind the School. I say cool because they had been affected by the drug thalidomide. The boy had bowed

an accident and her arm was re-growing - see, cool! She and her brother were close to the Bonds and

helped with the youth club.

The thing I missed was the country dancing the school taught, the Christmas parties at the school and the

spring festivals we had, when steam engines came for the fetes .

As for me and the Currell twins and Michael Harvey, we were good friends even though the one time I had punched Michael on the nose and almost got a caning.

I remember Mrs Robinson, my Infants’ teacher, who changed my handwriting from left to right. I just hope I turned out better than I had started.

I remember also the first major death of a boy who was Kathryn Bond’s boyfriend. He was knocked off his

bike and killed by the corner house as you come on to Chequers (Lane). It was tough because the person

Harvey’s house. At that corner too, my foster bother Ashley  broke his leg.

I wonder what happened to Tracey Sharp. I prayed that, along with ‘the Twins’ and Michael, she had grown

up well and married a good guy (I was hoping Ian ), and had a handful of children. Every time I hear Hot Chocolate's song, It Started With a Kiss, it makes me think of her - and the song, Seasons in The Sun reminds me of Preston as a whole.

I know they all have families and children.  As for me, I hope that when I get remarried, my wife will fill the

gap that Preston left in my heart.

When I am done with the US Military, I hope  to donate a photo and a frame with my ribbons and medals to Preston School, as if to say, ‘you too can be someone even if you come from a small village’. 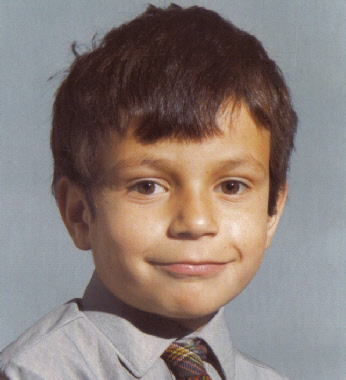 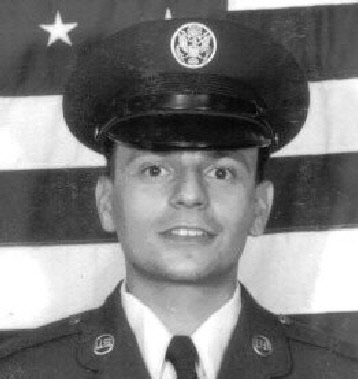 Forward: Alec and Joy (nee Catherell) Bond married at Luton in the summer of 1955.

They moved to Preston in the late 1950s and lived at Hill Farm Cottage (now Reeves Cottage) until the the early 60s when they moved to 24 Chequers Lane - one of the Swedish houses. In the 1980s, they moved to 4 Templars Lane. 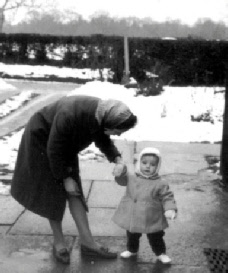