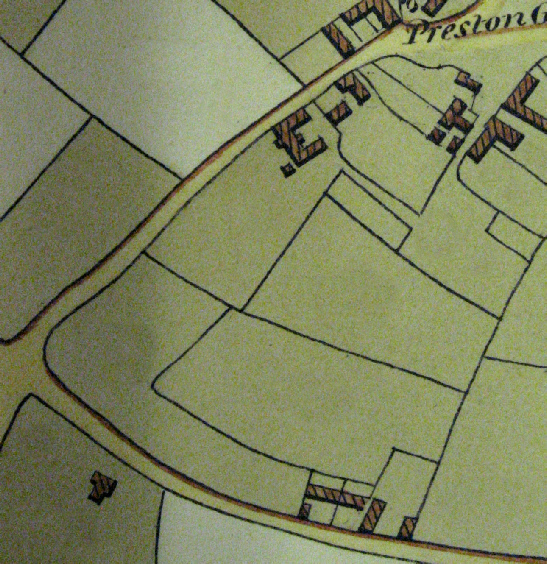 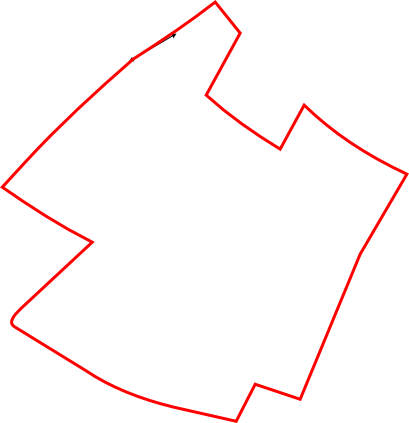 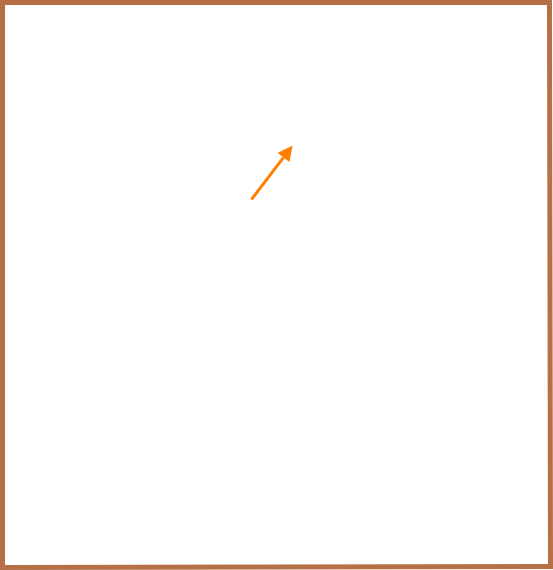 The house and forge with associated land  circa 1811

North Hertfordshire Urban District Council (NHUDC) notes that the house,The Old Forge, was built in the early eighteenth century. This is confirmed by the Temple Dinsley Manorial Records. The first mention of this property was probably in 1713 when Leonard King, a wheelwright living in Preston, Ippollitts, was recorded as having been the tenant of ‘a certain property and certain lands at Preston’. Their manorial rent was two shillings.

NHUDC also states that shortly after it was built, the property had some additions: ‘A south-west wing and formerly separate east wing (were added) a few years later’

Leonard King was married to Elizabeth and had previously also owned The Red Lion and associated fields which he sold to Edward Swain. Leonard also sold a cottage on the north side of Church Lane (rent 4d) (See Link: Gentle’s Cottage) which he bought from Richard Dearmer in 1710. The cottage had earlier been owned by John Clifford *.

However, Leonard had apparently died before 1713 after making a provision for his son, William King (a victualler at Walkern, Herts), to inherit The Old Forge (rent 2/-) and the cottage on the north side of Church Lane (rent 4d) following the death of his wife. Thus, included in the Temple Dinsley Survey of Rents in 1714 were the holdings of ‘William King, previously Leonard King’ for which a combined rent of 2/4 was payable.

Eventually, in 1754, William King inherited the two properties and immediately sold them to John Swain, a blacksmith from Preston, Ippollitts. The transaction was noted by the Manorial Court of 12 June 1754 when it was recorded that Leonard King had died ‘long before’. Thus, these two holdings were among the four assigned to John Swain in the Temple Dinsley Rental Survey of 1761. (See link: J Swain)

When John Swain died in 1794, his son William Swain snr inherited The Old Forge and its nearby fields. Hence, the buildings and land shown on the map above in around 1811 are noted as belonging to William in the corresponding Award. (See link: W Swain).

Although not mentioned in the Manorial Records, the new owner was Richard Jepps, a farmer living at St Pauls Walden - he was paying rates on the property in 1839. However, the house and blacksmith’s shop were occupied by William Swain in 1841 (two years later he was declared bankrupt) and John Swain (1818 - 1896) was the tenant in 1851. The house was uninhabited in 1861, though John Swain continued to use the blacksmith’s shop.

Richard Jepps died intestate on 23 March 1878 and his estate was inherited by his brother, Frederick. He immediately sold the blacksmith’s shop together with a dwelling house (occupied now by Mr F. Brown), outbuildings and several enclosures of old pasture (five acres and 34 poles, farmed by W. Jeeves) by auction at the Sun Hotel, Hitchin on 1 July 1879. The complete lot was bought by Thomas Harwood Darton for £740.

By 1881, the house had been divided into two dwellings of four rooms each. The bake-house and baker’s home was on the west side.

In 1881, the Hitchin baker and confectioner, Frank Warren and his wife Elizabeth Thomas were living in and trading from one house and their immediate neighbours were the gardener Joseph Peters and his wife Sarah.. Then, on 15 January 1884 , Thomas Darton included the property (together with the tumbledown cottages along Back Lane) in a mortgage of £900 raised on Thomas Perkins of Hitchin. At this time, the blacksmith’s shop was occupied by James Fordham.

By 1886, the baker, Thomas Ashton had succeeded Frank Grey as Preston’s baker and was living next door to Joseph Peters and his family.

Moving into the twentieth century, the blacksmith’s shop had been demolished and in its place stood the Preston Club Reading Room (Link: Benefit Clubs). Also, by 1911, Joseph Peters had been succeeded in the cottage to the east by his son Thomas Peters (a horse keeper) and his family.

In September 1908, Emily Darton sold the houses, the Club Reading Room, and their adjacent fields to Geoffrey I E Pryor for £900. The Indenture commented that the three closes had once been known as Clifford’s Close *.

In 1910, The Inland Revenue Survey provided the following snap-shot of The Old Forge: 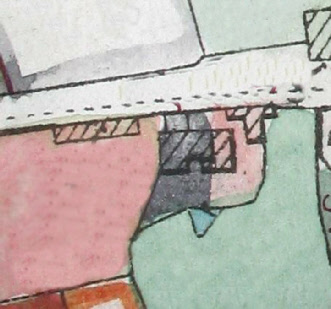 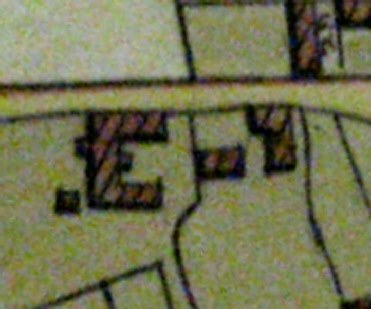 Cottage One (shaded grey) was occupied by Thomas Peters. It was of brick and tile construction and had a kitchen and two bedrooms. It was in poor repair.

Cottage Two (shaded pink) was the home of Thomas Ashton. It too was of brick and tile and contained a bake-house, living room and kitchen. It was in poor repair. Attached to the building was a wood and thatched stable and a barn. 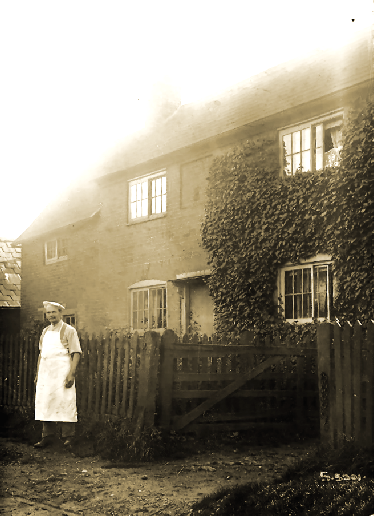 Thomas Ashton outside his cottage

In January 1913, Geoffrey Pryor raised a mortgage of £300 on his property from George Edward Thake, a stationer from Hitchin - which he repaid on 20 October 1913. He then sold the cottages to Herbert G Fenwick.

Occupants of The Old Forge after 1945

1950 - Hugh and Sybil Whitmore - The Old Forge included a garage. 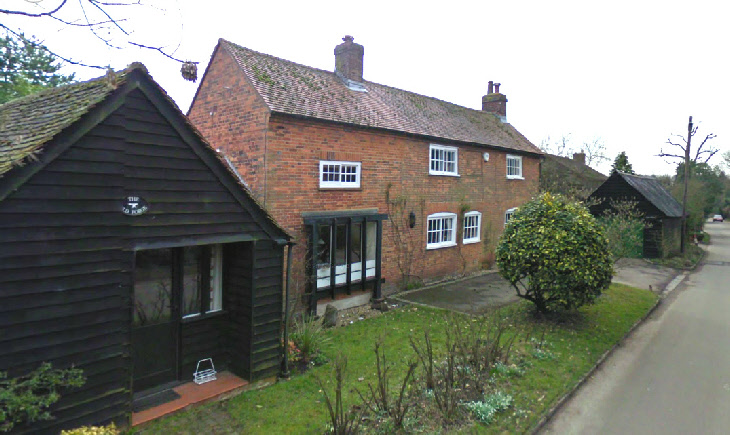 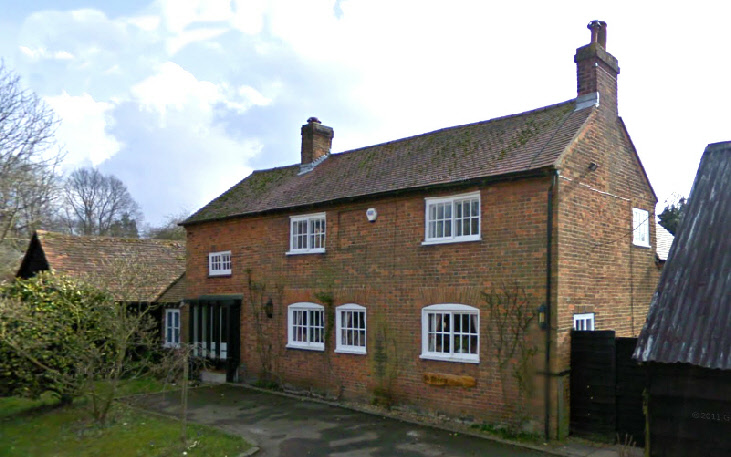