Tom outside his bakery, The Old Forge.

Catherine died on 28 May 1926 - shortly after her daughter Mary Elizabeth’s wedding photograph was taken. (see below)

Tom was in constant pain from a hernia. He died on 25 April 1934. Tom and Catherine are buried in a double grave in St Martins churchyard.

Discovering what ‘made things tick’ was a passion for Tom. He liked clocks and delighted in repairing them.

‘The Old Forge’ resounded not with the sound of a blacksmith’s hammer but with a cacophony of chimes from the many clocks which festooned its walls. Tom also made a crystal radio set from a kit. He would listen to broadcasts of classical music and, as he was able to read music, he would follow recitals using his own score.

Clearly Tom was one of Preston’s familiar figures. On one occasion he organized a charabanc trip for the villagers to watch the Derby horse race at Epsom. Tom was the enumerator at Preston when the 1911 Census was taken. Perhaps not quite so well appreciated by the locals was his work as rating officer for Preston. At the Preston parish meeting of March 1895, Tom was appointed ‘overseer’.

Tom and Catherine sent their children to Preston School. There are some illuminating comments about them in the school log book:

1 Nov 1896 - ‘Carrie (Ashton) is not quite seven and has been away with whooping cough and is quite deaf and very backward. I have put her back to first class infants.’

17 Jan 1896 - ‘Stephen (Standard V) ran out of school this morning to escape a caning. It will be necessary to complain to his parents and get their consent to give him a double punishment.’

They put down their roots at ‘The Old Forge’, Church Road which they rented from Geoffrey Pryor. Their home was almost opposite the lychgate of St Martins Church. This was a convenient location for Tom as he was the organist at the church. His daughter Catherine Rose pumped the organ bellows. If Tom thought the sermon was dragging, he would look at his watch and glance meaningfully at the vicar.

On the subject of Tom’s bakery business, in his history of Preston Cricket Club, D. Frost described his fond memories of Tom’s ‘delicious rock cakes’ which were supplied for the cricketers afternoon teas. Villagers

such as my aunt, Maggie Whitby (nee Wray) delivered Tom’s bread and cakes by bicycle and 14-year-old Reginald Peters was a bakery helper in 1901.

Like man of the tradesmen in Preston, Tom had his

own means of transport - a pony and trap - which he used to collect supplies and deliver his delicacies.

He also used the trap to visit his brother Arthur in Hitchin. Sometimes he would fall asleep on the return journey - but the pony would take him safely home.

Tom Ashton was the baker in Preston from the mid-1880’s.

Born on 5 April 1856 in the village of Hawnes, Beds, Tom was the son of master baker James Ashton and Elizabeth. He was brought up in the Bedfordshire village of Shillington where, at the age of 14, he assisted his father in the bakery.

(I am grateful to Wendy Dinsdale and June Nicholson for their help, memories and photographs which make this page so interesting) 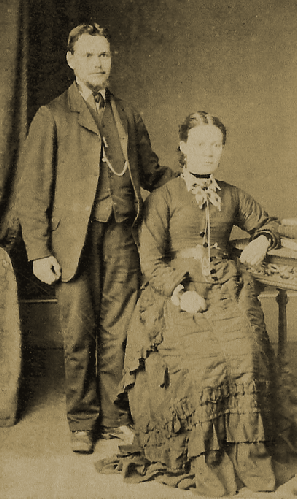 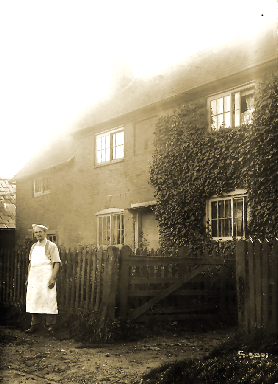 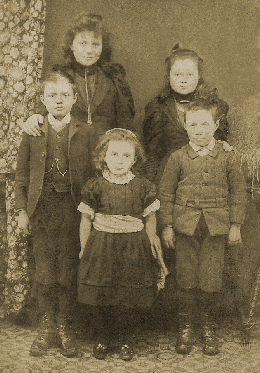 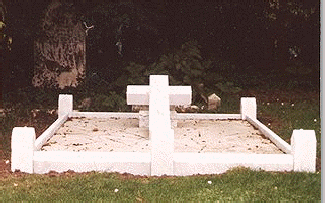 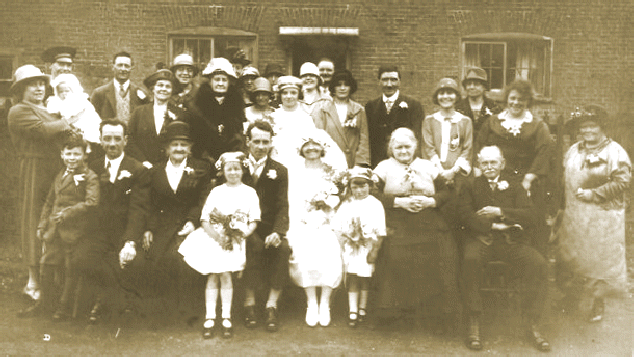 Stephen exaggerated his age and called himself Charles S. Ashton in order to join the army. He served in the Boer War and World War I in Egypt. 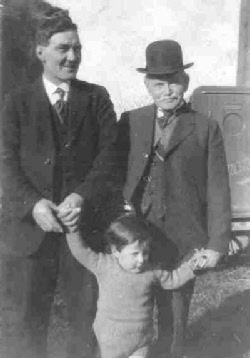 Tom and Catherine were living at Arlesly, Bedfordshire. in 1878. By the winter of 1884 they had moved to Stevenage, Herts and they arrived in Preston a few years later.