An example of applied education

To my untrained eye, Ernest’s handwriting seems adequate and clear. His spelling is good and the letter is reasonably set-out. The content is perhaps a little ‘lightweight’ but one wonders how many letters Ernest

would have written. Tragically he was killed in action on 24 August 1915. Link to Ern Wray

It is possible to assess the standard of education in the 1890’s from a letter written by my uncle Ernest Wray. There are some indicators of his intelligence and his interest in education in the school log book.

He started school in 1896, aged four (which means he may well be in the front row of the school photograph

of that year which is reproduced on the education page). He then needed some extra time ‘in the babies class’. His attitude toward school may be seen from the comment on 26 July 1899 when, on a summer’s day, he was punished for ‘truant playing’ with his cousin. The head mistress commented, ‘this is a rare fault at this school’.

However, Ernest evidently was not ‘dull’ intellectually. The school log book mentions a regrading of some pupils

in 1896. Ernest is included with two boys who are said to be ‘very dull’. One may infer that, as he wasn’t

included in this assessment, Ernest was “brighter” than the other two boys.

Ernest left school on 26 June 1903 aged eleven and found work as a gardener. Almost immediately after the outbreak of World War I, he enlisted in the army on 5 September 1914. During his initial training, aged 23, he wrote to his brother. The quality of his writing, his spelling and depth of thought can be assessed from this

Next reading from elementary book.

A short paragraph from a book.

A short paragraph from a more advanced book.

A few lines of poetry.

A short paragraph in a newspaper.

Copy a line of print.

A sentence dictated in single words.

A sentence dictated a few words

A more difficult sentence as above.

A short paragraph dictated from

Form and name figures up to 20;

add/subtract figures up to 10 orally.

A sum in simple addition and subtraction and “times table”.

A sum in any rule including short division.

A sum in money.

A sum in weights and measures.

A sum in practice bills of parcels.

The improvement in literacy noted above may possibly have been the result of applying the Revised Code of standards which were drawn up by the Education Department in London. Attaining these standards was important for schools because their receipt of grants depended on the performance of pupils and their attendance. For older children success at Standard V meant freedom for them to leave school and go to work.

The following are the criteria for each standard in reading, writing and arithmetic:

With no state control until 1873, and the doubtful benefits of the plaiting schools, the quality of the education of Preston children in the nineteenth century may be questioned. As a general rule, the children of tradesmen

business.  The only guide to the literacy of the children of Preston is whether they were able to sign when

they married or were witnesses at the weddings.

The following is a rudimentary analysis of villagers who signed or marked at marriages. From 1814-40 only 27 out of a specimen sample of 110 signed - 25%. From 1850 until 1875, remarkably this percentage remained

the norm. But from 1875 there was a very noticeable improvement: around 80% signed their names. If one

allows a gap of, say, 14 years between finishing education and getting married, there is evidence that the standard of education improved dramatically in the early 1860’s. 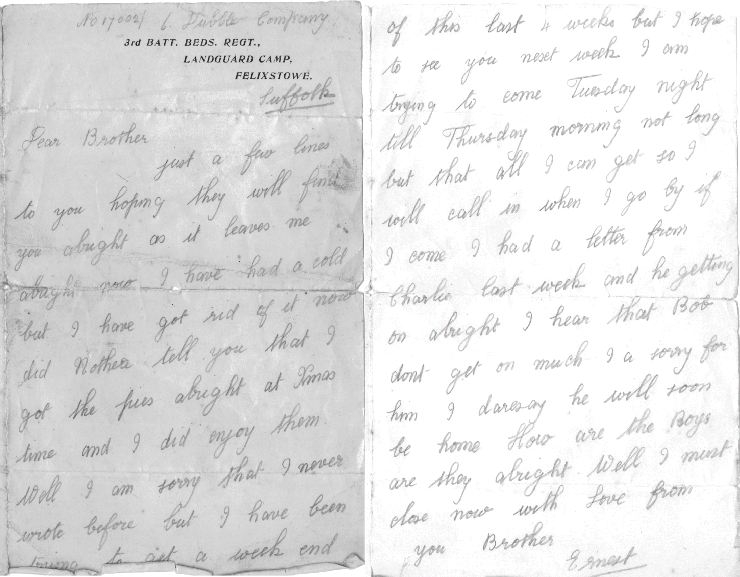