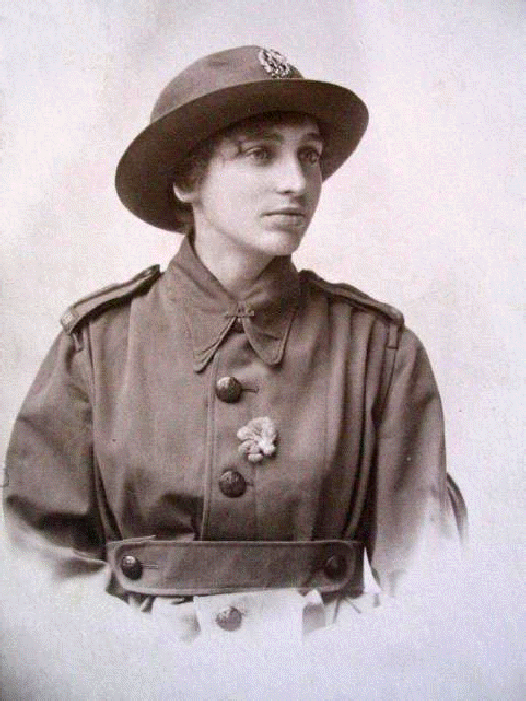 I was really pleased to be given the photograph (right) of Annie Wray (‘Nan’) as a young lady.  I remember her when she was in her sixties and it’s good to be reminded that older people were young once.

Nan was born on 19 July 1896 and baptized more than four years later. She was sent to school the day after her third birthday.

Later, she was in service as a housemaid to Mr Priestly at Gosmore.

When I knew her, she often seemed to live in a world of her own.  Now and again she would mutter, ‘Sorry’, for no apparent reason.  She often asked, ‘Can people read my thoughts?’.  She would purse her lips and blink deliberately.  Sometimes, if she lost a little control, my father would growl, ‘Steady!’.

Despite this, I liked Nan and I have pleasant memories of her smile.

She stayed with us in Portsmouth occasionally.  I remember being with her and my mother in a cafeteria when a stranger joined us at the table.  He asked her where she was from. “’itchin” came the reply.  It took several minutes to sort out the confusion as there is a River Itchin in Hampshire.

I feel that Nan was sometimes ‘put upon’ and not treated well.

She was a hard worker and cared for the house and garden including the chickens. She was a wonderful cook using the old fashioned, black kitchen range - her steak and kidney pudding with freshly-cooked runner beans was delicious. Her coffee and walnut sponge still lingers in one’s memory.

She had a good appetite and might polish off a pheasant for her supper. She also enjoyed a glass of stout and would often join us for a drink at ‘The Red Lion’.

I was recently told that Man sometimes attended services at Bunyans Chapel. She died on 31 March 1978 and was buried in an unmarked grave in St Martin’s churchyard. 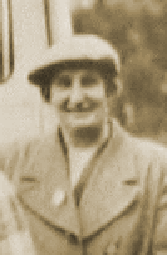 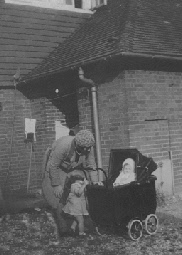