Jack Wray was born on 20 July 1901 and baptized three years later on 5 June 1904.  He was Alfred and Emily’s eleventh child and sixth son.

He started school on 12 September 1904.  Unlike his sisters, who were needed for household duties, Jack had such an impressive attendance record at school over five years that he was rewarded with a  watch.

On leaving school, he began what was probably a four year gardener’s apprenticeship at  the Temple Dinsley Estate at Preston.

Jack was dismissed from his work for covering up the fact that he was playing football when he on his ‘half day’. He then worked at ‘The Cottage’, Preston. Getting away from Temple Dinsley was ‘the making of Dad’.

Gardeners often travelled some distance for work as they were recommended to prospective employers. He even applied for a position with Lord Roseberry but was unsuccessful as he did not have a degree in Latin (probably Latin was not included in the Preston School syllabus!).

Jack became a head gardener and, as such, although naturally a kindly, generous man, he was strict and outspoken - saying what he thought - when dealing with his underlings.

In the summer of 1933, Jack married Ella May Joyce in Denton, Northamptonshire. They had four children.

As a young man, Jack played football and cricket for Preston village teams. He also enjoyed whist and dominoes.

I have a strong memory of Uncle Jack.  We sometimes saw him at Preston when we were on holiday.  I remember him as being kindly and genial.  He was ‘approachable and natural with children’ and loved his home and his family.  Jack had a fair, uncritical streak - ‘if you can’t say good of someone, don’t speak at all’.  He was ‘open-faced’ and not hypercritical.  Because of dealing directly with the gentry, who were his employers, he was influenced by their ways and was well mannered and a ‘thorough gentleman”.  If no serviette was provided at mealtimes, he would use a handkerchief.

Later in life Jack suffered uncomplainingly with arthritis and diabetes. He died in 1986. 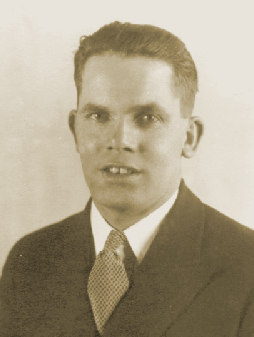