The above is a reproduction of a sketch map of Crunnells Green, Preston dated 1884

Comparing maps of Crunnells Green from 1816,1840, 1884 and 1898 there appear to have be some changes to housing in the area during the nineteenth century.

The house on the north side of Crunnells Green ( C ) was occupied by John Jeeves in 1816, William Arnold in 1840 and William Boston in 1910. It was owned by RDV Pryor in 1901. On the opposite side of the road two new properties (D and E) were built in 1905 by James Barrington White of Temple Dinsley.

On the corner of Crunnells Green and School Lane, there were two cottages (A and B)  which were occupied by sundry tenants in 1816 and owned by John Jeeves and occupied by William Taylor in 1840. In 1910, they were owned by RDV Pryor and inhabited by Jesse Smith ( A ) and John Jeeves ( B )

There are other references to the residents of Crunnells Green in the censuses: William Boston (1901) and police constable Abel Day (1881). The religious census of 1886 shows Harry (Henry) Powell as living at Crunnells Green (he was still there in 1894) and William Peters and Mrs Day (although the names of the latter two have been crossed through in the probably mistaken belief that they were living in Kings Walden parish). This may indicate that they were living in the cottages at the western end of Crunnells Green.

When the Temple Dinsley Estate was sold in 1873, allotments were shown in the Sales Particulars. The sketch map of 1884 shows these allotments as running from the school to Back Lane, parallel to Crunnells Green Lane. These plots would have been tended by the villagers.

The cottages at the junction of Crunnells Green and School Lane 1910c seen from School Lane. Possibly the ladies outside are Emma Smith (left) and Ann Jeeves. 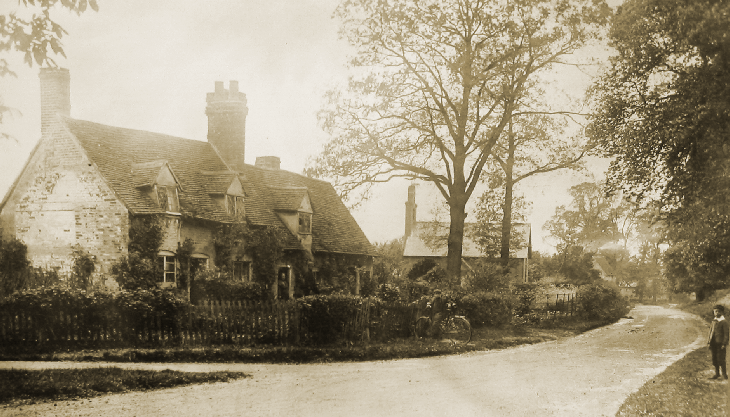 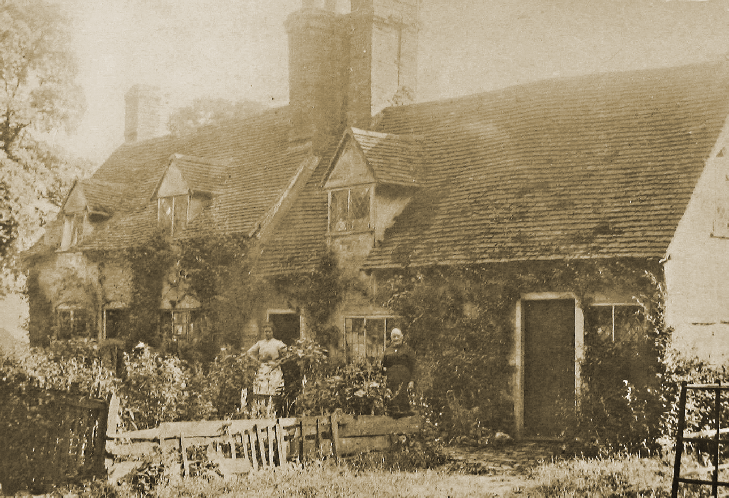 See the article re: the waste at Crunnells Green: Link: Waste.